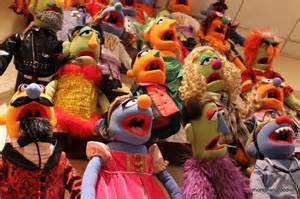 When I sent the email to E’s Music Teacher, I copied E’s principal.  She has been a fabulous support of E and once again, she did not disappoint.  She responded right away, saying that she is E’s student as well.  It took the Music Teacher a little longer to respond.  I’m sure she was processing it, gathering her thoughts and also trying to manage my copying her boss.

But soon enough her response came.  She put the issue at hand to bed right away – she would let E do what the boys are doing.   She also decided to offer the option of doing the dance moves to all kids, not just the girls.  I was super happy about this.  The overall tone of her response was a little defensive – “I did not force E to participate” and unrealistic – “I wish E would have come and spoken to me about it.” But it was a step in the right direction.

E had told me that one of her best friends, a boy, had been asking and asking to do the dance moves, and Music Teacher kept saying no.  He’s a very masculine kid, but also very silly and funny, and I could see him wanting in on this action.  Now he would be able to cut loose during this song.

The night of the concert, I studied the little pink homemade program.  “Who’s a Lady” was coming up.  The risers were filled with E’s entire grade, all dressed in blue jeans and bright colored shirts.  E was right there in the front row, smiling broadly.  The opening notes filled the room and it was a spectacular sight. They looked like a swaying rainbow. Every single child was singing, smiling, dancing and snapping away. Some were silly about it, some a little shy and some took it very seriously – but they were all in it. Including E.  Including E’s buddy.  Including the girliest of girls and the toughest of boys.  It was so beautiful to see what happened when the limits were removed and the kids were just able to be.

The next day I sent another email to E’s Music Teacher.  Thanking her for opening up her mind.  Thanking her on behalf of E, E’s classmates and all the kids who will walk into her classroom in the future – the ones who have their gender all figured out, and the ones who don’t.