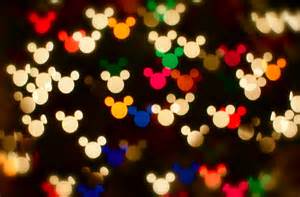 E is a lucky kid.  She has been to Disney World in Florida 3 times.  Well, 2 ½ times, I guess.  The first time, she was in utero.  Our older son was 5 at the time. I did a lot of fastpassing and sitting on benches while my husband and son hit the rides since being pregnant prohibited me.  Once E got to be about 4 or 5 years old, many of her friends were sharing their Disney adventures and she would ask and ask – when can I go?!?  We would joke with her that she, in fact, had been there.  This resulted in some stomping feet and crossing arms.  “Next time we go, can I be OUT of your tummy?”

And so when she was 6, we went again.  She was out of my tummy by then and it was her first really big vacation, her first plane ride.  She was so excited.  At the time, she was still wearing clothes from the girls department, however gender neutral, and her hair was hanging around her shoulders.   I remember her running into the lobby of our hotel, the happiest kid in the world.  But soon after, it started.  Everywhere we went she was met by staff members with bent knees, impossible smiles and the greeting that they clearly learned in day one of Disney-Magic 101:  Hello Princess!!!  At first she was stunned and silent.  I wondered what they thought when she didn’t match their enthusiasm over her coronation.  We tried to equip her with an alternate line:  “I’m not a princess, I’m a pirate!”   When she came out with this one, they would smile at her anyway and sometimes “awww” as if to say “isn’t that spunkiness so precious!”  (Day 2 of Disney-Magic 101?)  When I tell you it went on the whole vacation, I’m not lying.  While we helped her come up with this pirate line, I still feel that we left her alone to handle this bizarre situation. She handled it well, but I wonder now, looking back, how that experience felt for her as we did little to come to her rescue.  It was before the bathtub talk and we were still in the confusing phase of trying to convince ourselves that we just had a regular tomboy on our hands.  We didn’t help her enough and I feel bad about that now.

We returned to Disney World this spring.  E is now nine and, as I have said, is taken for a boy 100% of the time.  There were no more princess greetings (boys, apparently, get no special and assumptive greeting.) We rolled with all the “buddy’s” and “son’s” that came her way.  She was happy.  We were also faced with full days out and about which meant we had to deal with her using public bathrooms.  Let me say that she has the bladder of a camel and so we are rarely faced with this problem.  But she can’t go an entire day without a break.  The first time she said she had to go, she slowed down her gait and looked worried.  “I have to go to the bathroom.”  I offered myself first “Okay, I can take you.”

“Can dad take me?  To the boys room?”  She was tentative.  This was something new, a step.  She didn’t know how we were going to take it.  My husband was sure-footed, gently collecting her hand.  “Sure honey.  Let’s go.”

E’s brother and I sat on a bench waiting.  “Really?  You are going to let her go to the boys room?”  His tone was soft, but confused and a little annoyed.  This was going too far for him.  I could see in his question that this moment – her walking through a door with a little plain stick figure on it instead of the one with the skirt – was pushing the limits of “normal” too much.  It was crossing a line.  My son, in his teenage years when all you want is to have a standard-issue family, has risen to the challenge of trying to understand gender in a whole new way.  Trust me, it is not easy, but he manages with relative ease and acceptance.  I felt for him.  I felt for her, too, in her frightened, uncertain question.  And I felt for myself. There was a time when I had thought this child was mine to accompany on these little moments, when I could remind her not to touch anything or see her glee as the warm air from the hand-dryer surrounds her face.

But I was left sitting awkwardly on a bench trying to figure out what to say to my son about an unknowable situation.

When they came out and she ran over to our bench, I saw the same little kid who bounded into the hotel lobby before she was repeatedly mistaken for a princess.  The same happy, normal kid.

Footnote:  I know, it’s not usually enviable to be the parent who takes the kid to the public bathroom, but it’s complicated for me.  I acknowledge E’s father needs to be “felt for” too here!