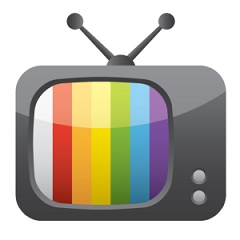 I have a confession. I have spent a ridiculous amount of time lately thinking about Michelle Duggar. I can’t believe I’m saying it but there it is. Michelle Duggar has been weighing me down. I’ve started and stopped writing posts about her for weeks now. In all different formats. A general rant. An open letter. Even a Letterman style top ten list.   I can’t seem to get it right and she just keeps swimming around in my mind.

It all started many weeks ago when I read about a robocall that she did urging the residents of Fayetteville Arkansas to vote down an ordinance that would prohibit discrimination against people based on their gender expression or sexual orientation.  In her call, she said this:

“I don’t believe the citizens of Fayetteville would want males with past child predator convictions that claim they are female to have a legal right to enter private areas that are reserved for women and girls.”

Let’s break it down. She is specifically targeting trans people. She doesn’t want trans people to have the right to use the bathroom that corresponds with their affirmed gender. She is putting them together, in the most careless and reckless way, with pedophiles.

This puts me in a total spin. I’m sitting at my desk practically trembling over how angry I feel at Michelle Duggar. It would be comedy if it weren’t so insanely dangerous.

I almost wrote that she is promoting a stereotype, but is that even a stereotype of trans people? She may be worse than I originally thought – she may be STARTING a stereotype.

I can say it here on my blog: it is dangerous and wrong to lump together trans people and pedophiles. But only the handful of people who read my blog – at this point, mostly trans-friendly people – will have access to it.  I’m really preaching to the choir.  Michelle Duggar has the privilege and responsibility of having much larger audience.  She has a show on…wait for it…

So she has a nice big platform where she can walk around and act like she is a good Christian woman (whatever that means) and a promoter of family values (whatever THAT means.) And then when she talks it’s under the guise of being good wholesome stuff, approved by a reputable tv channel dedicated to LEARNING. It gets reported and spread around like a bad, bad virus in it’s incubation period.

That, in my opinion, is also dangerous.  And there’s more.

Out of all those children that she has – 19? – and all the grandchildren that will come, it only stands to reason that some will be gay. Some may even be trans. What then? Part of me thinks “I hope so. Because maybe then the hearts of the matriarch and her brood will open and warm.” Then the other part fears they are too enmeshed in some kind of doctrine that tells them it’s wrong, and my heart sinks for those poor hypothetical children.

And the poor children of those she influences.

There are many reasons that trans people are at great risk. The suicide attempt rate within the trans community in general is staggeringly high. Having family who don’t love and embrace their whole personhood only increases that already high number. (Check out http://williamsinstitute.law.ucla.edu/wp-content/uploads/AFSP-Williams-Suicide-Report-Final.pdf if you really want to have a good cry.)

I know that, thankfully, Michelle Duggar is not all powerful. But she is a large part of a fundamentalist fabric that reaches many, influences many. She is certainly not as powerful as TLC, a mainstream media outlet airing her show. I have signed a petition asking TLC to stop normalizing the fringe and harmful ideas of Michelle Duggar by taking her off the air.  You can too.

I wish Michelle Duggar had stood outside the boy’s room with me over the summer when E entered alone. I wish she could have seen the look in E’s eyes, the look in mine.

I want to ask Michelle Duggar, who is more at risk as I send my child into the boy’s room? The kid who just has to go to the bathroom?   Who just wants to walk among her people and blend into the world that she feels she belongs? Or the men and boys around her, who may have gotten an idea in their heads that people like my kid are predators?

And they may have gotten that idea from you.

Really, Michelle Duggar, who is more at risk?

Who is more dangerous – my kid, or you?