Our next support group was approaching and E was strongly expressing that she DIDN’T WANT TO GO.

There were lots of reasons, some real (I don’t feel good) and some not real (it’s stupid.) Some superficial (it’s FRIDAY NIGHT and I want to see my friends) some profound (I don’t want to talk about myself.) The way she was upset was that scary way she gets. It falls into the category of big upset

I don’t want to talk about mys 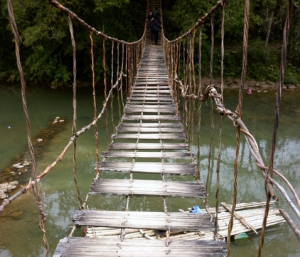 I know you don’t; it’s ok. You don’t have to talk about yourself.

But it’s a little awkward if I’m the ONLY ONE not talking about myself.

Sigh. She has a point.

I contacted the group leader, who is awesome in a million ways. And now a million and one. He helped me plan out what to say to her: we as a family have decided to do this. We think it’s good for all of us. There are times that we are going to want to go and times when we won’t. But we are going to go.

You know, like a normal parent. Like we would say to her if she didn’t want to go to a relative’s house for dinner, or to school, or the doctor’s for her check up. We are going. It’s something we do all the time – there are certain things that we relieve her of having to decide about. She is a kid and those things are a burden. She doesn’t know this yet and that’s ok. She will someday.

It was a good reminder for me; that in the midst of this quite extraordinary situation, normal parenting practices prevail. I got frightened by that shaky thing her voice does when she collides with the reality that her gender experience is quite separate from that of her parents, her brother, her foundational world. I got frightened by the panic that rises up in her.

It gets tricky. Being strong and guiding her doesn’t mean we don’t listen to her. Her voice, especially on this topic, leads us. But we remain her parents and we have to maintain our focus.

We are on a rickety bridge that is not on the main trail. We aren’t certain which boards can hold up and which will crumble beneath us. We want desperately to do the right thing for her. We are balancing being strong parents with letting her take the reins in her life where the stakes – her gender – are very, very high. It’s a tenuous crossing, but we are getting our footing.

The group leader’s words worked. The facilitators were tipped off. The group was more balanced this time with masculine kids as well as feminine. They were working on a special art project this time so it was more action oriented – in other words, less talking. The meeting ended and the kids began trickling out of their room. I waited but E did not come racing out. She was in no rush to leave. She came out with another kid who looked just like her and they were walking slowly together and laughing. She finally made her way over to us.

Well, that was ACTUALLY fun.