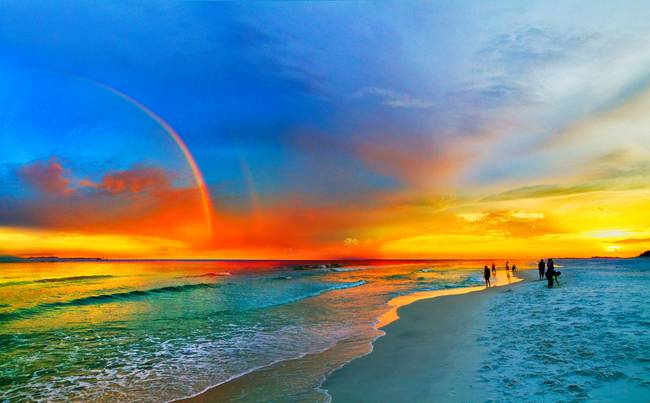 I took a break. I didn’t plan to, but as the summer wore on I found myself avoiding my blog. Sometimes I felt guilty – if I want to reach more people, I should be writing more. I know that to be true. But I just wanted some time to not think about things. To just be.

When I left off on the very first day of July, I was wondering about the landmines of E’s life. Mostly our summer was landmine-free. She was with me most of the time, at our town pool, enjoying the majesty of the mountains at my sister’s summer house and the beaches of Martha’s Vineyard. Playdates with friends (under the watch of their parents) who know and love her. When she is with me and my husband, we can control the goings-on and keep her happy and safe. Day in and day out of her in my sphere was comforting.

We had our moments, of course. There was the time at the water park. My kids and I hopped in the car early one brilliant morning and drove an hour and a half to meet another family. E and her friend had a blast, testing out some of the rides, simulating surfing and hanging out in the wave pool. At one point, she got out of the wave pool to tell me that she had to go to the bathroom. ARGH…the bathroom again. The ultimate challenge of the gender non-conformer. I looked around, hoping against all hope that her older brother would be in sight and he would be able to take her. (Would he? Remember his reaction the first time she used a public boys room? And he had a friend with him – how was he going to explain to him that HE needed to take his sister to the boy’s room? Landmine.) Of course, he was not around so that quasi-solution was off the table. Luckily, she darted back into the wave pool, leaving me a few minutes to figure it out.

I sat back down next to my friend and explained this dilemma. She and I are similar in our parenting styles and to be perfectly clear, we are not pee-in-the-pool moms. We are, for the most part, rule followers. But, we agreed, this situation called for some off-roading. It is a massive wave pool with well over 100 people in it. I knew that she would not be alone if she transgressed. I approached E in the pool and pulled her aside. Just this once, I said, you can pee in the pool. She looked at me like I just told her to eat live spiders. She was horrified. NO. Absolutely NO.

So off we went. It was a hectic restroom area and I sweated bullets waiting for her to come out of the boy’s room. She was alone in a large public boy’s room. I knew that everyone would think that she’s a boy and she would not be questioned or messed with. But it’s my ultimate, level 10 fear: a curious creep in the boy’s room. It felt like an hour before she emerged but it was really 2 minutes. I timed it. She was fine and darted back off to meet up with her friend in the pool.

This water park moment was just that: a moment. A moment in an easy breezy summer where these types of landmines were controlled, few and far between. Mostly, these summer months offered me a gentle sense of relief.  Like a big exhale, a sweet breeze.

And now E has begun fifth grade – her last in elementary school. It’s a big year. By the end of this school year, a handful of her classmates will have their periods, breasts. Boys and girls will begin to look at each other differently, and she will have to figure out where she belongs in that already confusing swirl. She will have to navigate the natural tendency of people to separate groups of kids by gender. She is getting older and she is more on her own. It is as it should be.

I want to lay in the sun with her a little longer. The summer; the season of her childhood.