I’ve never been a very good group-joiner. I’m much more of a one on one type. But going through this process with E, the idea of a support group is something that I’ve thought about. In most areas of my life, I have been able to find people who get it (whatever “it” is) because they have lived it too. This is a different arena. Not too many people have lived this one.

Over the summer, I met a wonderful woman whose child was a young adult who had transitioned. I absolutely loved talking to her. I could see in her eyes that she understood my story. She understood the pain and the process. The unique joy and the profound pride. And she was so calm about it. She had a pragmatism to her approach that thrilled me. She added a dash of no-big–deal to this big-deal. I learned so much from her and know that I have found a friend, a supportive friend, in her. 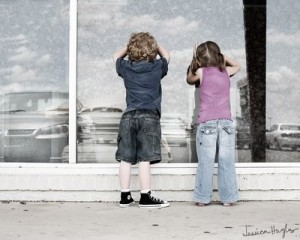 a of a support group loomed. I know that while kids like E have existed throughout the ages, we are at a unique moment in history. The world is starting to pay attention. There are words now for people like E – transgender, gender fluid, gender non-conforming, gender expansive. We are writing the dictionary.   Parents are working with endocrinologists, psychologists, health insurance companies, schools. Together we are creating a road map, a protocol. It’s an exciting time, and we need each other.

So I found a group.

It is a group for both parents and kids.   As we approached the kids room, E sunk her hands deep into her pockets. She entered slowly and with purpose. She looked around, swinging her feet as she walked. My husband and I waited at the entry. I wanted to catch her eye, make sure she was ok. After a minute, she glanced our way and gave a definitive look and nod: move along parents.

I suppose we entered the parent’s room in much the same way, wondering what was in store for us. The room filled with parents just like us, in different phases of the process. I think we all had something to offer each other and the time was well spent hearing stories, concerns, ideas.   Lots of open hearts and minds as we stumbled together, using terminology that did not flow smoothly. A community of people gathered together in the true sense of the word: community. And through our exchange we are writing the directions, the guidelines. It was relatable and normalizing and great.

I could see the clear value in the group for us, but I was grappling with the value for E.   She doesn’t ask to meet other kids like her, in fact this is the first time she has been open to it at all. I think she just wants to be as she is, living happily in boy world, with the technicality that she is called “she.”    And so far that has been working out for her.

Then I realized something very important.

Over the years, we have talked about lots of possibilities for her.  A girl.  A boy.  A girl who likes girls.  A girl who dresses in clothes from the boys department, but is still a girl.  There is lots of visibility in the world of cisgender people who fit into those slots.

But the option that E could be a boy is really just a theory, a dream, an idea that she never sees played out in her life. This support group lets her see kids that fall all over the gender spectrum. It lets her see some who have transitioned: they walk around like her, they have friends, they have joy and pain, they go to school, their parents love them. They are real. They are possible.

Another thing came to me after, when she and I were talking about the group. I knew that she would be asked to share her name and what pronoun she wanted to use. She told me that she said her name and she wanted to be called “he.” Deep breath. There it was. He.

This group was giving her the room to experience he.  To have other people call her he and have it be ok.  Being transgender is not about clothes, but I think about this time for her like pulling on a fine jacket that she has been eyeing in the store window for a very, very long time.  Experiencing the joy of the rich fabric, the right fit.

We will go back again next month, and I have to be honest. I’m looking forward to it.