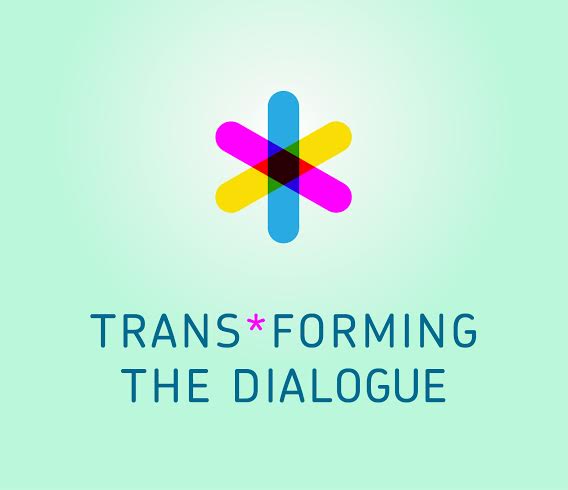 I am participating in Trans*forming the Dialogue, Simmons College’s Online MSW Program’s campaign to promote an educational conversation about the transgender community. By participating in this campaign, I will be offering my perspective on what TO ask and what NOT to ask trans*people.

In thinking about this question – what is ok to ask trans people and what is not – the first thought that comes to mind is that I need to clarify something. I am a parent of a trans child; I am not a trans person. That is a specific perspective and I can’t pretend to speak for members of the trans community as if I were in their skin. However, I feel happy and privileged that I can offer my thoughts from my shoes.

My vantage point is that of a protective mother of a 10-year-old trans kid. So, my initial thought about questions is this: while it’s ok to ask me just about anything, questions for him are pretty much off limits. He is young, newly affirmed, and he doesn’t really want to talk about it. His only desire at this point is to live and be treated as “an ordinary boy” and I can guarantee that most ordinary boys are not being asked questions about their gender status. There are a few people that I would exclude from this question ban – E’s close family members (and I mean really close), his good trans friends, his trusted guidance counselor at school and his therapist. For anyone else, there is no reason to discuss E’s gender with him. He’s a kid.

E transitioned just about two months ago. As we planned his transition, we thought a lot about the questions that people would have. Our family made a decision to welcome all questions, because we wanted people to understand and feel comfortable. We wanted people to learn a new way of thinking about gender and we felt that educating them and being open to their questions would be the best way to do that. We even hired a gender expert to come to our home and sit down with E’s coaches and the parents of E’s friends to teach them and answer their questions. So, the question of questions has been at the forefront of my mind for some time.

We invited people to ask questions and they certainly took us up on our invitation. In the weeks following E’s transition, I did what I called my Public Relations Tour. I gladly sat down over a cup of tea with anyone who asked. Many people just wanted to offer support. Some were confused. All had lots to say and lots of questions. They still do.

While not a question, there is one style of discussion that I find frustrating. Some people insist that their cousin (or they themselves as children, or their neighbor…fill in the blank) is just like E. Played with Hot Wheels, hung out with boys – a real “tomboy” who didn’t grow up to be trans. Sigh. Do these people think that we are jumping the gun? Do they think we are just uber liberal parents who are getting our little typical tomboy to change genders on a whim? That if we just waited it out, our child would turn out to be a happy suburban mom with kids? So, while not exactly a question, it is a type of conversation I would caution people about. It’s not honoring what you are being told. Instead: listen.

I don’t mind most questions. I understand them and anticipate them. In fact, attached to the letter that our friends and family got about E’s transition was a list of possible questions they or their kids might have, with answers.   Why does he feel this way? What about puberty? Will he ever go back to being a girl? What bathroom will he use? Will he take his shirt off at the pool?   Who will he date or marry?

And one more: What about his body?

Here is the answer we provided: What is underneath our underwear, for all people, is something that is private. But you should know that being a boy or girl is really something that comes from your brain, not your body.

We tried to put a lid on that one, but it is a question that certainly captures people’s imagination. And I can honestly say that when people continue to ask me about my kid’s genitalia (or any trans person’s genitalia), it bugs me. When asked, I often say that E is a kid and no one does surgery like that on a kid. When E is an adult, these are decisions he will have to make. He won’t even have to tell me about it.

This is code for: E’s private body is just that. Private. Now please stop asking.

It seems creepy and inappropriate. Aren’t we letting you in enough? I know these people and it is never coming from a twisted place. And in all fairness, I did open myself up to questions. But geez. I would never ask anyone about what is between the legs of their ten year old. It’s bad form and intrusive.

It makes me wonder if there is something about E’s trans identity that takes him so out of the social norm that some people think the regular rules of privacy don’t apply to him. It makes me feel that in their eyes, he is a specimen.  That is not a good feeling.

I want to emphasize that I believe that everyone I’ve talked to has been well meaning and trying to do and say the right thing. They are struggling and learning, as I have done along the way. So I do cut people a lot of slack. In my experience, they are coming from a good place of simply trying to understand.

And with that in mind, most questions are absolutely okay to ask me. People want to know E’s gender history, what the conversation was like when he told me he was a boy. They want to know about the support we are receiving. And how he decided on his new name. How the school handled it. There are lots of questions about what gender is and I am very happy to talk about that. I want people to understand the current thinking about gender, how it doesn’t always align with our bodies, how it is a spectrum. They want to know who E is attracted to – even that one is okay. It gives me an opportunity to explain the difference between gender identity and sexual orientation.

I like it when people ask me how he is doing. If he is happy, relieved. How his friends are treating him. If his life feels right. Those are really good questions.

I think I most like it when I’m asked something simple and everyday. Do you think he wants to go to camp with my kid this summer? Can E come over and play? Those show me that he’s accepted and thriving. That he is what he wants to be: a regular boy with an ordinary life.

Thank you, Simmons College, for being the third women’s college to accept people who identify as trans, and for asking me to participate in this conversation.   To access links to all First Voice participants, click here.